Pretending is the #1 Tribute to The Pretenders

We are excited to be covering such a memorable band that had many hits over several decades!

(Review of one of our shows) The face and voice of Pretending, Karen Alvarez in the role of Chrissie, replicates the sound of all of the band’s hits from the late 1970s to the mid-1990s. Karen particularly does well with songs from the early catalog, including ‘Mystery Achievement’ and ‘Up the Neck’, but also spans the range to give the more pop-ish/polished later songs like ‘Back on the Chain Gang’ and ‘I’ll Stand by You’ their due accord.

As with most quality tribute bands, the musicianship is top-tier with this group, with true-to-original guitar riffs by lead guitarist Rob McCullough, who responds energetically to the appreciation of the crowd. A steady rhythm section comprised of Brad Torres on drums and Adam Alvarez on bass set the table and guarantee that you will recognize each song from the first few notes.

If you are a fan of the Pretenders, the New Wave Genre, or simply have an appetite for 1980’s pop crossover music, Pretending is not to be missed.

Catch our next show! 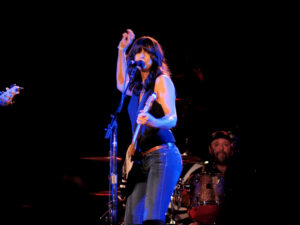 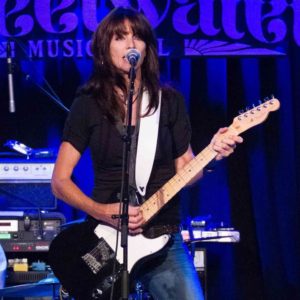 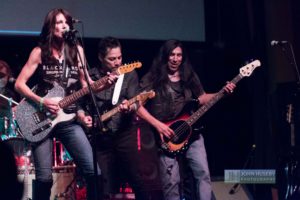